This Sunday I will be preaching about two of our seven values at Full Life Community Church, “Racial Reconciliation and Reaching the World”.  Our nonprofit community development center is hosting a conference to address this issue March 23-24, 2018 called, “The 5:18 Reconciliation Conference”. I am passionate about this issue and I will tell you why.

We did everything together but go to church because none of our churches were sensitive to the racial communities we came from.

We would pray together, study the bible together and hold each other accountable to living out our faith but we could not worship together because still to this day, Sunday morning is the most segregated time in our nation. We, like my friends, work together, live in the same neighborhoods, attend the same schools, shop at the same grocery stores and yet we don’t worship together.

WHY is Sunday Morning the most segregated time in our nation? Listen to Rev. Dr. Martin Luther the King’s perspective.

This question is a “million dollar question”. There are so many historical, sociological and honestly spiritual reasons why we don’t worship together. I could prophetically (meaning speaking the truth in love) simplify it to selfishness and pride. We selfishly want a worship service that reflects us and our preferences more than one that reflects the full image of God (all of us are created in God’s image so when worship only reflects us we are missing a part of the image of God). We often in pride think “our way of worship” that affirms us ethnically and often disaffirms others ethnically is better than “their way of worship.” Contemplative worship compared to Celebratory worship is one comparison. One is quiet, liturgical and linear, the other is loud, unscheduled and nonlinear. Neither are wrong but they are different.

I have been doing reconciliation work for nearly 20 years now through organizations like InterVarsity Christian Fellowship, III Coaching and now The Republican Party of Texas. One of the principles I consistently communicate is we are not looking for nor should we seek sameness (colorblind, all one race of people) but we should according to our faith and our values a national seek for oneness (unified despite our differences).

A nation divided against itself cannot stand. This statement can be attributed to Jesus in the Bible located in Matthew 12:25 and Abraham Lincoln in his 1858 speech entitled, “A House Divided”

In Genesis, we read Moses write about marriage and he says, “That is why a man leaves his father and mother and is united to his wife, and they become one flesh.” The man and the woman are one but they are not the same. They are equal in human value but not the same. The problem many have is they want to “whitewash” or wash out race in america and make us all the same which limits us from being the great nation we can be. Our diversity is a strength but we have allowed it to be a weakness, especially in the church. We have kept women who are gifted by God to speak from being preachers. We have kept youth who are gifted by God to lead from being pastors. We have kept people who are in a lower socioeconomic status from serving in significant leadership roles and we have allowed people who look and think just like us to dawn the entire leadership structures of our church.

We as a church and a nation need to do as Jesus did and “power down” so God “power up” and get maximum glory out of our lives. Think about it, Jesus left the opulent “suburbs of heaven” and relocated to the dirty “hood projects of earth” navigating through the streets of a woman’s womb so he could relate to us and be the ultimate sacrifice for us. He could have come as a rich influential majority culture adult male who was a king and had earthly authority but he decided to come as a member of a blended family, the son of single mother who was engaged to be married to a blue collar worker. He would ultimately become a refugee, homeless leader of a nonprofit or nongovernmental organization called the “Kingdom of God”.  Later he became a convicted felon and was sentenced to the death penalty.

The question of the church and our nation which was founded on principles of Christianity and religious freedom should be the following:

If we were open to serving these populations, instead of mostly pursuing white collar, high dollar, tithe paying unit families, diversity would be more accessible.

Later this year, we will be launching a separate blog, podcast and virtual book reading club to equip the church and our nation to be reconciled. Join me this Sunday at 10:10am at Full Life Community Church, a missional, maturing, multicultural church that lives to reconcile people to God and one another.

I found this article linked to the image below from the Southern Baptist Church about praying for reconciliation. We will provide others throughout the year. 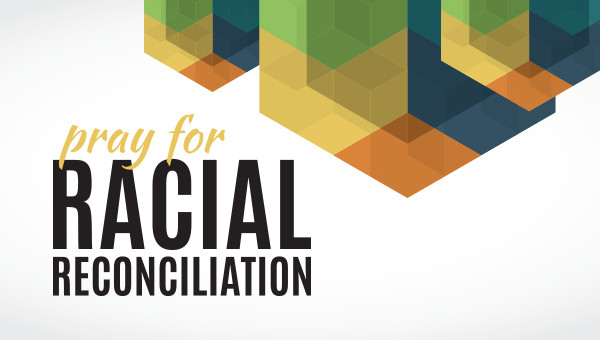 Share this blog with others who you want to join the conversation.

Sign up here if you want to be a part of the 5:18 Reconciliation Movement